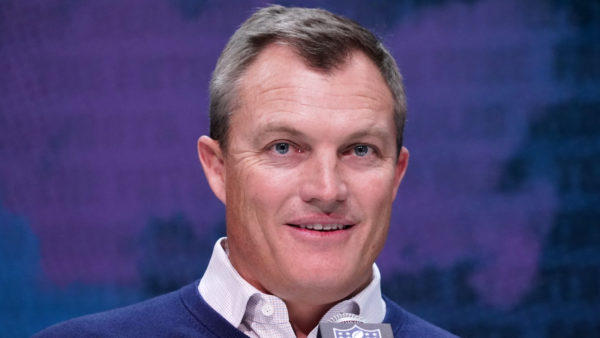 Deebo Samuel has informed the San Francisco 49ers that he wants to be traded, but the team is not ready to give up on the star wide receiver just yet.

Niners general manager John Lynch was asked on Monday about Samuel’s trade request. While he said the 49ers will always listen to trade inquiries, he made it clear that the team would rather work things out with the former second-round pick.

49ers GM John Lynch on Deebo Samuel, at his pre-draft presser: "You just don't let guys like that walk. I can't envision a scenario where we would."

“I’m confident we can find the solutions to work through whatever’s going on,” John Lynch said of the Deebo Samuel situation

Even if the Niners were open to trading Samuel, there would be no benefit to admitting that publicly. Lynch is smart to express confidence in team working something out with Samuel. That is the best way to maintain leverage in a difficult situation.

It was initially believed that Samuel was frustrated with the 49ers over his contract. However, more reasons have since been cited about why he wants out of San Francisco. Samuel also seemed to drop a strong hint in a viral video over the weekend that he is not going to change his mind.