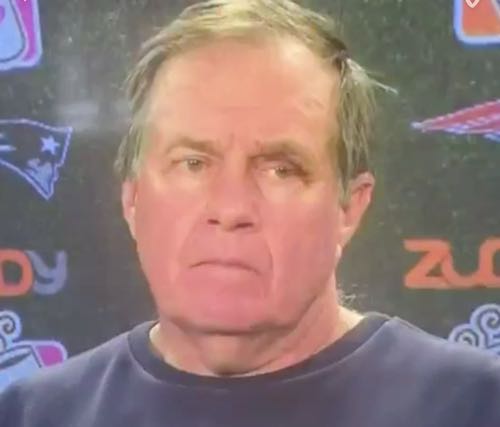 Bill Belichick once again showed his disdain for all forms of social media with a funny quote.

Belichick was asked after the NFL Draft was completed Saturday about the possibility of the Patriots bringing in former Arizona State RB/WR D.J. Foster. The question was posed in response to a tweet from Foster indicating he was going to have an “opportunity” with the Pats.

Of course, Belichick didn’t exactly answer the question for reporters. Instead he decided to mock social media by merging the names of Snapchat and Facebook together:

Patriots baby Blessed for the opportunity ?!!

If this looks familiar to you, it’s because it should. Belichick has a long standing behavior of mocking social media. At one time or another, he has called the services “myface,” “YourFace,” and “InstantFace.”

Think anyone hates social media more? Well, bad question. Right now we can think of someone else who might.