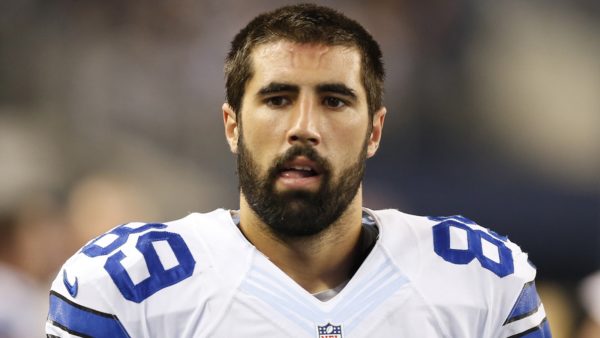 Riverside County officials received a phone call Wednesday reporting “hikers down” near Idyllwild in Riverside, Calif. The report was “received at 12:25 p.m. near the Tahquitz Peak Fire Lookout, southeast of Humber Park, within the San Bernardino National Forest, according to the Riverside County Fire Department.”

On Thursday, the Riverside County Coroner identified Escobar (31) and Chelsea Walsh (33) as the hikers who had died. Both of them are from Huntington Beach.

Escobar was a second-round pick by the Cowboys in 2013. He played four seasons with the Cowboys and one with the Ravens. Over his five-year career, Escobar had 30 catches for 333 yards and 8 touchdowns.

The Long Beach Fire Department shared a post on Facebook offering condolences about Escobar, who had joined their fire department in February.

Escobar leaves behind a wife and two kids.

The Cowboys also shared their thoughts.

Forever in our hearts. 💙 pic.twitter.com/Pgp7vZ1ebB