Derek Carr did not play particularly well in the Las Vegas Raiders’ loss to the Los Angeles Chargers last week, but Josh McDaniels may have been more to blame for that than you would think.

Vic Tafur of The Athletic said this week that one of the biggest adjustments Carr has had to make under McDaniels is not having the freedom to read defenses and changes plays at the line of scrimmage, which the quarterback did under Jon Gruden. As Tafur describes it, Carr’s passes are going where McDaniels wants them to go at the moment.

Carr admitted as much this week when reflecting on his performance against the Chargers in Week 1.

“There were decisions I made in the game last week that happened before the ball was snapped,” Carr said. “I already knew where the ball was going, and we threw it there, we moved on. Whether it’s a touchdown, complete — whatever, it didn’t matter. You just move on to the next one.”

Carr went 22/37 for 295 yards, two touchdowns and three interceptions in the 24-19 loss. While he still went through progressions like any other quarterback, Tafur says McDaniels has designed the offense in a way where Carr’s “options are pretty cut and dried,” at least for now.

Carr has had nothing but positive things to say about McDaniels. He doesn’t seem to mind that he has to earn McDaniels’ trust, but there will certainly be questions about the head coach’s approach if the Raiders don’t look a lot better against the Arizona Cardinals on Sunday. 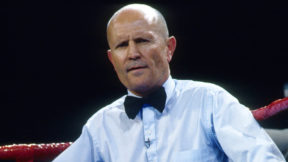