Mark Ingram thanks Texans for classy gesture before trading him 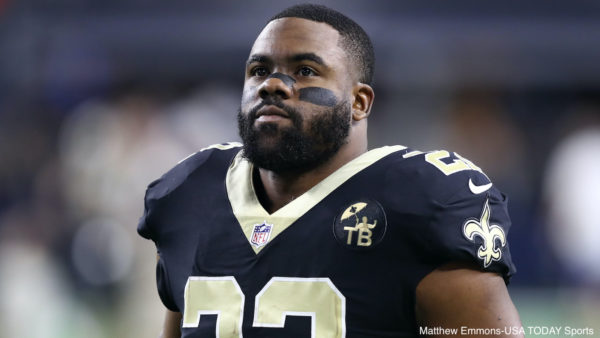 Mark Ingram is happy that he was traded from the 1-6 Houston Texans to the New Orleans Saints this week, but he has no hard feelings toward his former team. In fact, it sounds like the move made the veteran running back think even more highly of them.

Ingram praised the Texans on Friday for being “transparent with me and honest with me” before they traded him to New Orleans. He said they informed him that the Saints had inquired about him and let him decide if he wanted to be traded.

Ingram said the Texans said if any other team had called about trading for him, it wouldn't have been a discussion but out of respect for him and how he started here they wanted to give him the option

Ingram on the trade: pic.twitter.com/BIhsKJ9dIC

“They said if it was any other team, this wouldn’t even be a discussion,” Ingram said. “But out of respect for me and what I’ve done throughout my career and how I started (in New Orleans), they wanted to give me the option of making a decision.”

Ingram said he slept on it and went in the following day and thanked Texans coach David Culley and general manager Nick Caserio for their understanding. The 31-year-old informed the team that he would appreciate being traded to the Saints, and the deal was made.

Ingram spent the first eight seasons of his career in New Orleans. The Saints have a need for a big back like him alongside Alvin Kamara, and they are certainly in a better position to contend than Houston.

One Texans player may have been furious that the team traded Ingram, but Ingram clearly welcomed the change.