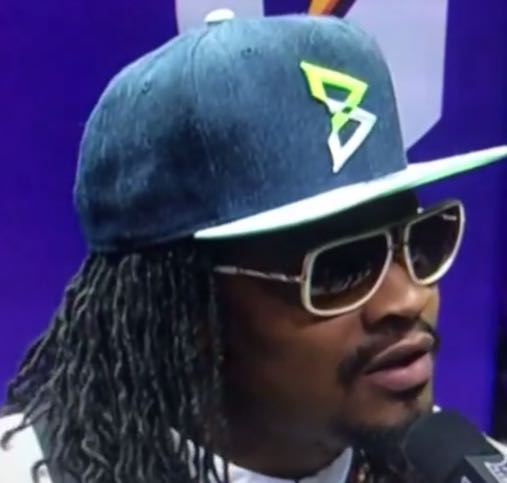 In addition to avoiding a fine from the NFL by fulfilling his media obligations at the Super Bowl and uttering the same phrase over and over, Marshawn Lynch may also end up turning a profit.

As Mike Baker of The Seattle Times first reported, Lynch has filed a formal trademark application to own exclusive rights to the phrase “I’m just here so I won’t get fined.” You can see the actual trademark document here.

Lynch is seeking to control apparel that is sold with the phrase — which he uttered repeatedly at Super Bowl Media Day earlier this month — on it, including shirts, hats, hooded sweatshirts and more.

“We heard from our fans and so many of them were saying that they wanted that phrase on the clothing,” Chris Bevans, who runs Lynch’s “Beast Mode” apparel line, told ESPN.com’s Darren Rovell. “This is just listening to the marketplace.”

It will probably work. Lynch has already trademarked his nickname “Beast Mode” and has a website dedicated to that product line. Last year, Lynch successfully trademarked the phrase “about that action, boss” after he said it to Deion Sanders during this awkward interview at the Super Bowl.

While he may come across as ignorant at times, Lynch is a savvy businessman who has reportedly saved most of the money he has made during his playing career. That’s one of the main reasons it would not be a surprise if he turned down the latest deal the Seahawks have offered him and retired.