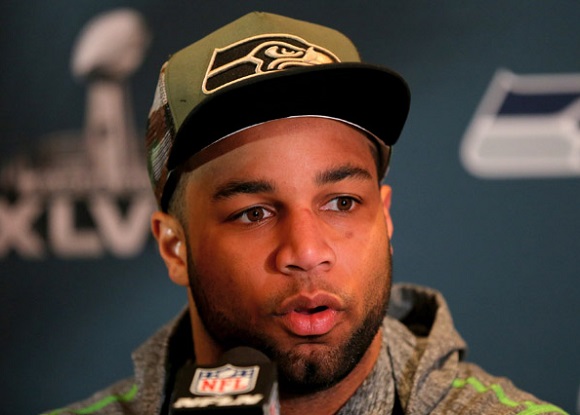 All the dirt about Percy Harvin that the Seattle Seahawks covered up since acquiring him last year is coming to light now that they have traded the wide receiver/back to the New York Jets.

We already told you that Harvin was difficult to deal with last season and wanted out of Seattle, which led the team to trade him on Friday. The trade was a shocker for a number of reasons. One, the Seahawks gave up a lot and paid a lot to acquire Harvin. Two, there had not been any reports about his attitude issues until now.

Since the trade was made, a lot of stories have come out about Harvin.

Radio host Lance Zierlein of Sports Talk 790 in Houston shared a ton of inside information about some of Harvin’s problems in Seattle, which includes fights the receiver got into with teammates.

More insight from Zierlein is below:

Heard “anger management” had quite a bit to do w/ Harvin’s departure in Seattle. (1/2)

I was told “Harvin’s anger issues are just too much to deal with and he could single handedly bring down team chemistry”. Wow. Unreal.

After Zierlein tweeted about Harvin giving Tate the black eye, he says he heard from an NFL personnel person who said they heard the same thing.

Here are two tweets I just got from NFL personnel guys: “Literally heard minutes ago what you tweeted. Crazy. Jets didn’t do their homework"

Also got this text minutes ago: “Seattle just suckered the Jets. That GM is clueless”. Yikes.

Zierlein, who is well connected in both the pro and college football scene, also says Harvin’s history goes back to his days in college at Florida. Zierlein specifically says the butt-kickings ‘Harvin handed out behind the scenes in FLA are legendary.”

Read more stories on Harvin’s troubles with the Seahawks here.