Seahawks get safety against Cardinals in rare manner 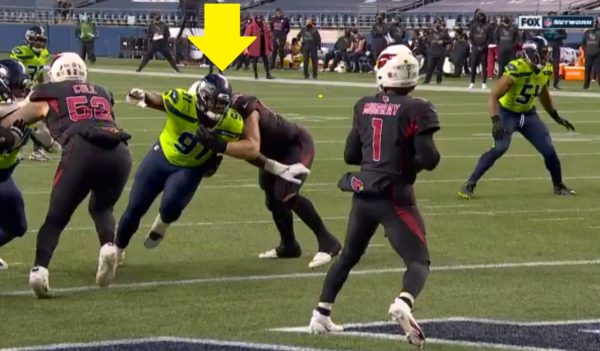 The Seattle Seahawks increased their lead over the Arizona Cardinals in the fourth quarter on Thursday night thanks to a rare safety.

The Cardinals were trailing 23-21 and had a 2nd-and-22 from their two with just over nine minutes left in the game. Kyler Murray took a snap from the shotgun and completed a pass over the middle to gain some yards. But there was a big problem.

Cardinals guard J.R. Sweezy was called for holding in the end zone, which results in a safety.

SAFETY@Seahawks now with a 4-point lead in the 4th!

The safety increased Seattle’s lead to 25-21. Worse, the Seahawks got the ball in great field position and held it for several minutes. They were able to kick a field goal to make it 28-21 with 2:19 left.

Safeties don’t often occur in NFL games. They happen even less due to this reason.