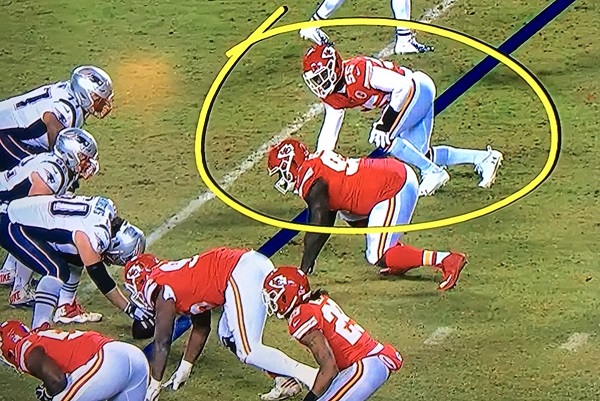 A major mental mistake by Dee Ford cost the Kansas City Chiefs a Super Bowl appearance, and fans on Twitter acted ruthlessly towards him.

Ford lined up in the neutral zone on a critical third down play with the Chiefs up 28-24 on the Patriots and under a minute remaining in the AFC Championship Game on Sunday. The penalty negated what would have been a game-sealing interception by Kansas City’s defense on the play. Instead, New England got a do-over on 3rd-and-5, converted, and then scored to take the lead.

Just as most expected, they capitalized on the bailout and went on to win in overtime.

Patrick Mahomes waiting for Dee Ford in the Chiefs locker room after the game.

Dee Ford in the locker room after the game pic.twitter.com/HL8lvLc4wE

Dee Ford trying to get out of the Chiefs Stadium after the Patriots game. pic.twitter.com/bA7rli39iB

Dee Ford you moron. You blew it! #AFCChampionship #chiefs pic.twitter.com/dcbF41ZrVj

Dee Ford after the game pic.twitter.com/QYrpgPMls4

Dee Ford, HOW DO YOU LINE UP OFFSIDE? pic.twitter.com/Vh5KqBJE4l

Ford began the day as a player who was a possibility for the franchise tag and to potentially make $17 million next season. Instead, he goes down on our list as one of the biggest disappointments of the weekend.