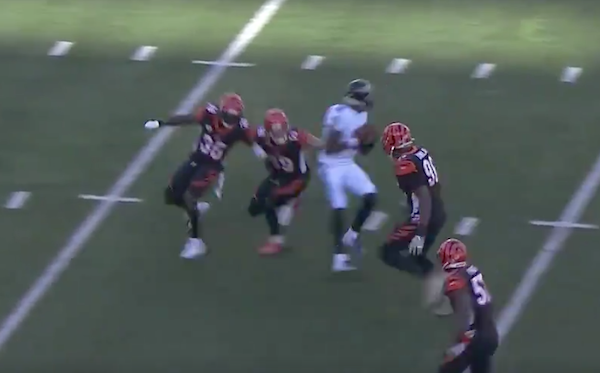 Lamar Jackson is arguably the best athlete in the NFL at the moment, and he once again showcased how impossible he is for defenses to stop during Sunday’s game against the Bengals.

With his Ravens already leading 28-10 in the third quarter, Jackson ripped off one of the best runs we have seen this season from any player — not just a quarterback. He juked numerous defenders and busted out a ridiculous spin move en route to a 47-yard touchdown.

Lamar Jackson is from ANOTHER PLANET. pic.twitter.com/SJS06gmFza

Jackson is the best dual-threat quarterback the NFL has seen since Michael Vick. That was probably his best run, but he’s had plenty of others that will make your head spin. He has also demonstrated that he can beat teams with his arm, which is why one former NFL executive had to eat crow following Baltimore’s recent win. There’s simply no way to defend that type of athleticism.