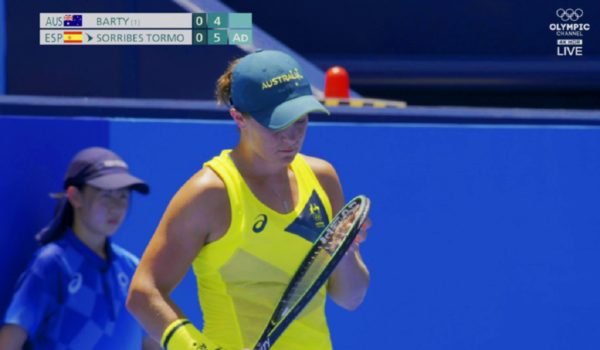 Ash Barty is the first player to suffer a big upset loss at the Olympics.

Barty, the world No. 1-ranked female tennis player, lost to Spain’s Sara Sorribes in straight sets 6-4, 6-3 at the Summer Olympics in Tokyo.

Barty, 25, just won Wimbledon a few weeks ago for her second career major. The Australian has been having a very strong year. In addition to Wimbledon, she won the Yarra Valley Classic, Miami Open and Stuttgart Open.

However, Barty had a rough time in Tokyo. She lost her serve twice in each set and committed an unheard of 55 unforced errors. Barty also was unable to cash in on break point chances, converting just two of nine opportunities.

Barty remains the top-ranked women’s tennis player in the world and will have a chance to redeem herself in the doubles event. But this is still a major disappointment. Sorribes has never advanced past the second round of a major, but she can count a big Olympics upset win towards her list of accomplishments.