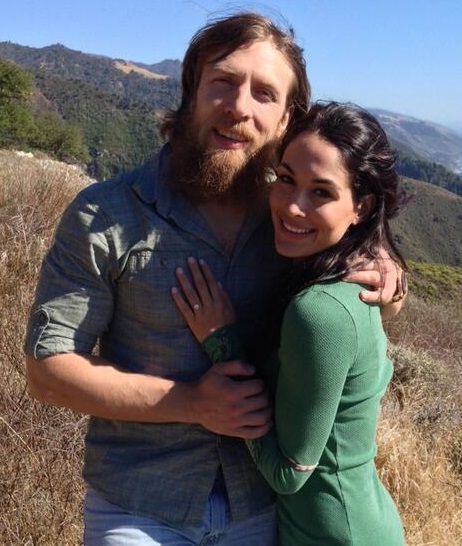 Daniel Bryan is the people’s champion for good reason: he is a badass.

Bryan thwarted a robbery attempt at his home by chasing away two burglars on Thursday and catching one of them.

Bryan and wife Brie Bella were coming home after Brie picked her husband up from the airport. Upon arriving at their home, they saw a door open inside and were concerned. Brie went inside to check on their dog, Josie, while Bryan spotted the men trying to flee out the back door and chased them. He successfully caught up to them and subdued one of the burglars — 22-year-old Cesar Sosa — using a rear naked choke hold.

Sosa also had a felony warrant for burglary and kidnapping.

Bryan also says a neighbor called the police to report suspicious activity around the time of the robbery attempt.

“I got really angry at first,” Bryan said at a press conference. “You’d rather they steal your car than break into your home where it’s an invasion.”

Did the burglar recognize Bryan?

“I don’t think he’s a wrestling fan, no.

“We consider ourselves, given the circumstances, very fortunate people.”