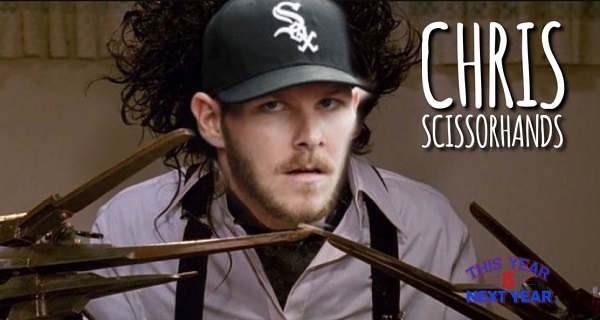 Chris Sale could be the best pitcher in the American League, but many are more familiar with him as the guy who went ballistic before a game last season and hacked up all of the Chicago White Sox’s throwback jerseys because he didn’t want to wear one. Or, should we say, all of the throwback jerseys except one.

Adam Eaton, who like Sale was traded by Chicago in exchange for prospects, claims he was able to salvage his jersey by taking it down from his locker before Sale got a hold of it.

“I think I may have the only one that didn’t get cut up,” Eaton told CSN Chicago’s Chuck Garfien on a podcast this week. “I secretly yanked mine down when he wasn’t looking, and as of right now I think – besides the coaches; the coaches are one thing – but I want to know for sure that I’m the only player that didn’t get his cut up.”

Eaton, now with the Washington Nationals, says he had the jersey authenticated and it is sitting in a box in his basement. He joked that he wants to have Sale autograph it so it becomes man cave memorabilia.

Eaton also described what it was like to witness Sale’s meltdown firsthand.

“I think there was quite an audience,” he said. “And it was comical. I love Chris to death, and the beauty of Chris is that anything Chris does, he does full-bore. May it be working hard at baseball, may it be a bullpen, may it be a game.

“He had a feeling and he had a belief that in order for him to win the ballgame that day, he had to have a certain uniform on. And the team didn’t agree with him, and that’s what happened.”

Even though he has started a new chapter with the Boston Red Sox, Sale almost certainly hasn’t heard the last about being a jersey destroyer. Remember all the awesome memes that popped up that night? Sale will probably be heckled about that for the rest of his career.