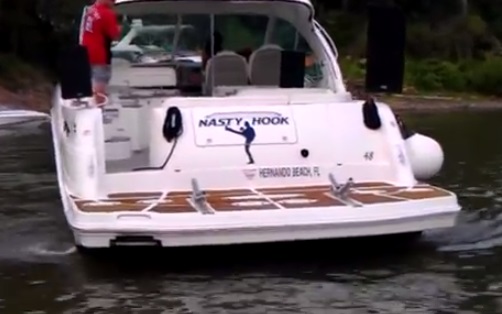 Anthony Acosta, who is Bronson Arroyo’s former assistant, was arrested Monday and charged for allegedly selling the pitcher’s boat illegally.

Acosta, 38, is accused of selling a yacht in 2013 that belonged to the now-retired pitcher, The Tampa Bay Times reports.

An issue arose when the new owners discovered that there was a lien on the boat and asked for their money back, which Acosta refused. The issue was then taken to authorities, who later talked to Arroyo. Arroyo told them Acosta forged his signature on the bill of sale.

Accosta is being held in jail on charges of forgery and grand theft.

Here is a look at the yacht, which Arroyo named the “Nasty Hook.”