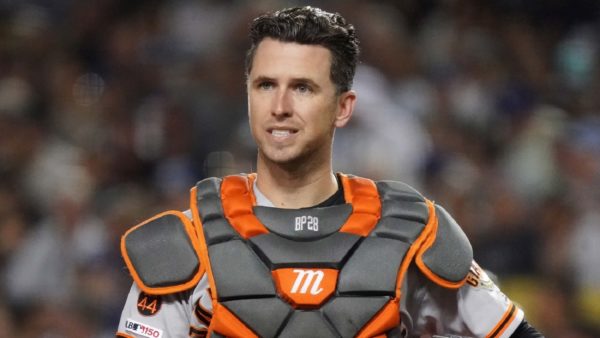 In a development that came as a surprise to many, Buster Posey is expected to announce his retirement from baseball this week. It turns out though that the timing may not have been a coincidence.

Steve Berman of The Athletic was among those who noted that the longtime San Francisco Giants catcher was an early investor in sports drink company BodyArmor. Coca-Cola just purchased BodyArmor this week for $5.6 billion, the single largest amount it has ever paid for a drink brand.

A Forbes article from 2013 about Posey’s involvement with BodyArmor also began circulating on social media. The article stated that Posey, in addition to signing on as a partner, invested a big amount of money into BodyArmor, more than fellow athlete endorsers Mike Trout and Rob Gronkowski.

this is from 2013 about buster posey and body armor which sold for $5.6B to coke the other day pic.twitter.com/MQI8YyUj0s

The late Kobe Bryant was an early investor in BodyArmor as well. The sale to Coca-Cola reportedly netted his estate $400 million from Bryant’s original $6 million investment.

Posey, still just 34, was coming off an excellent 2021 season with the Giants. He hit over .300 and was an All-Star en route to the team finishing with an MLB-best 107 regular season wins. That is why his decision to retire was such a surprise.

Of course, there likely were plenty of other reasons that factored into Posey’s decision. Catcher is a physically-demanding position, and Posey already has three World Series rings with a Hall of Fame-worthy resume. But the added financial security from his investment victory definitely had to help as well.

Aaron Rodgers answers how he feels about Jordan Love playing

Aaron Rodgers spoke with reporters on Wednesday and answered how he would feel about the possibility of Jordan Love playing this season for Green Bay. Rodgers has been dealing with a broken thumb since Week 6 and now has a…