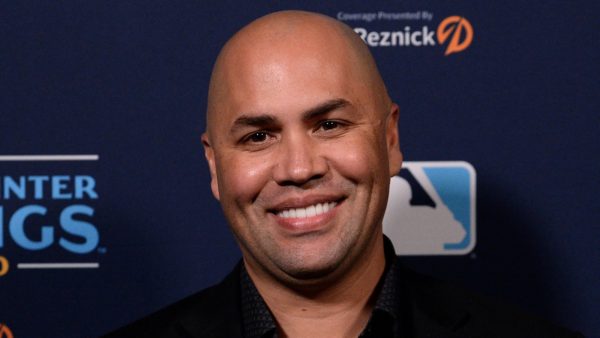 Carlos Beltran may have accidentally let the cat out of the bag regarding a potential Aaron Judge contract extension.

Beltran was debuting as a game analyst with the YES Network during the New York Yankees’ spring training game against the Philadelphia Phillies in Tampa, Fla. on Monday. While providing commentary during one of Judge’s at-bats, Beltran seemed to indicate that the New York Yankees and Judge had already come to an agreement.

On the broadcast, Carlos Beltran seems to imply that a Judge extension is already done pic.twitter.com/Z8dLR49ro8

Beltran’s comments went viral soon after, as it has been reported that the Yankees had already made Judge a multi-year offer earlier this spring.

Beltran later clarified on air that what he meant to say was that he “hoped” that Judge and the Yankees could come to a deal at some point.

Here’s Beltran clarifying that he ~hopes~ the Yankees extend Judge due to the value he brings to the franchise pic.twitter.com/mT8D95KBVX

According to MLB.com’s Bryan Hoch, Yankees GM Brian Cashman had not heard Beltran’s comments on YES, and would not comment on whether or not the club had extended an offer to the 29-year-old.

Asked if Aaron Judge has agreed to an extension, Cashman said he would not comment. Cashman also wouldn’t say if the Yankees have made an offer.

Judge laughed off the apparent Beltran blunder while speaking postgame.

“That’s great,” Judge said, via ESPN’s Marly Rivera. “Carlos is my man, so I think he was just looking out to have my back a little bit there!”

Judge has certainly done his part to show why he deserves a big-time extension from the Yankees. He has made three All-Star teams and led the league with 52 home runs in 2017. In 10 games this spring, he has gone 12-for-29 with four home runs and seven RBIs.

Judge has marked Opening Day as the deadline for the two sides to reach a deal on an extension.