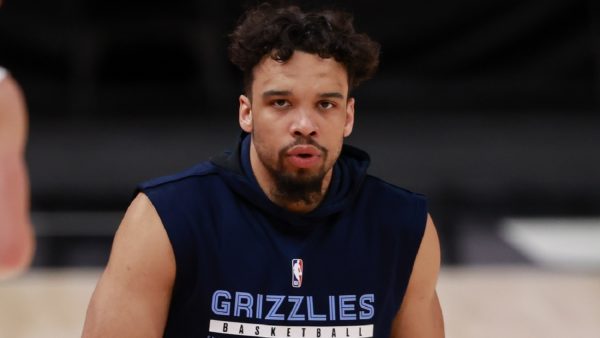 One O.G. of physical, old-school NBA basketball is weighing in on this week’s controversy surrounding Dillon Brooks.

“It’s a fast-moving physical game [and] accidents do happen,” said Thomas. “Would I put this in the category of an accident? Yes … I think we need to be careful when we start labeling people and teams as dirty. I speak as a former [Detroit] Piston, NBA champion, Hall of Famer who has to fight and still fights these negative labels of ‘dirty.’ That carries a lot of implications in society when you move it outside the court.

“[Brooks] is not a dirty player,” Thomas continued. “Memphis is not a dirty team. They play hard, they play physical, they have always played the right way. When we talk about defense, unfortunately in sports, defense always gets attached to negative labels. When we describe offense, we always describe it with positive labels.”

“Dirty” was exactly what many, including Warriors coach Steve Kerr, called Brooks’ foul on Payton during Tuesday’s Game 2 of the Grizzlies-Warriors second-round series. Brooks was assessed a Flagrant 2 for the play, which triggered an automatic ejection, and is now facing the possibility of more punishment from the NBA as well. Meanwhile, Payton is now expected to miss a significant amount of time with the injury he suffered on the foul.

As for Thomas, he was the leader of the Bad Boys Pistons, a team whose roughneck, no-nonsense style of play led to them being labeled as dirty. While bigger players like Bill Laimbeer and Rick Mahorn were often the ones delivering the fouls, Thomas had a reputation as the one calling the shots and suffered because of that reputation. Thus, his comments on Brooks here might be a subtle defense of Thomas’ own legacy as well.