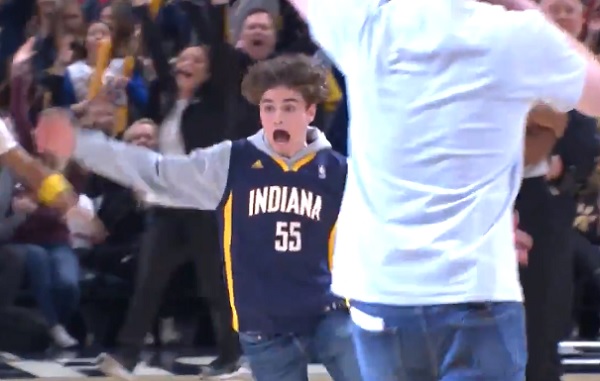 The fan made a halfcourt shot at halftime to win free Chick-fil-A for a year. The celebration might have been better than the shot. Here’s video:

HALF COURT SHOT TO WIN FREE @ChickfilA FOR A YEAR

The guy had that one nailed.

That sort of prize is tremendous. Sometimes all it takes is one of their chicken sandwiches, waffle fries, and a lemonade to make a day complete. It sounds like he’ll be getting it six days a week for the next year!