JR Smith had his car damaged during one of the police brutality protests over the weekend, and the man who was allegedly responsible paid a price for the act.

A video that was obtained by TMZ showed Smith pummeling and unleashing several kicks on the person who he says broke his car window. Beware that the video contains some graphic content.

Smith posted a video on social media and explained that his truck was parked in a residential neighborhood that was nowhere near where stores were being looted. He proudly said of the person responsible that he “chased him down and whooped his a–.”

That was the second time Smith was spotted in the streets of greater Los Angeles this weekend, though the first time was in a much more relaxed setting. There has been speculation that the Lakers could be interested in the free agent sharpshooter.

Report: Some MLB owners comfortable with shutting down season

With negotiations between Major League Baseball and the MLBPA seemingly at a standstill, there are apparently some on the league side of things who don’t really care if they restart or not.

According to ESPN’s Buster Olney, there is a group of MLB owners “perfectly willing” to shut down the 2020 season. Their motive would be to slash payroll costs and minimize the financial losses of a season where fans would not be able to attend games even if they do take place.

As Olney notes, we have seen owners take very different approaches to financial matters while the league is shut down. Though many organizations are paying minor leaguers, some, like the Oakland Athletics, have refused to do so despite the modest financial commitment required. Members of other organizations have firmly explained why that’s not on the table for them.

Meanwhile, owners are asking players to take a pay cut, which has gone down poorly with the MLBPA. There’s no indication that this stalemate is close to a resolution, leaving baseball’s 2020 season in doubt. That is apparently perfectly fine with some owners.

Antonio Brown is hoping for a shot with an NFL team this summer as he awaits the league’s decision on potential disciplinary action, and Deion Sanders is trying to help the star wide receiver land his next contract.

Sanders revealed on Instagram Sunday morning that he and his son Shedeur trained with Brown over the weekend. Sanders shared some photos from the workouts and had high praise for Brown.

My son came to town to WORK! On his Game,on his Life,On his Thoughts,on his Tomorrow & on ANTONIO BROWN! I Love him to life and I can’t wait to witness this comeback Story called A,B & See. I know what I know and I pray u all get to see what I know to be true about ANTONIO BROWN. God bless all y’all and please have a productive peaceful day we are Growing & Going ! #Truth @bishopojahwar @shedeursanders @shilosanders @shotsbylott

“My son came to town to WORK! On his Game, on his Life, On his Thoughts, on his Tomorrow & on ANTONIO BROWN! I Love him to life and I can’t wait to witness this comeback Story called A,B & See. I know what I know and I pray u all get to see what I know to be true about ANTONIO BROWN. God bless all y’all and please have a productive peaceful day we are Growing & Going!” Sanders wrote.

The NFL has yet to announce disciplinary action for Brown after investigating sexual misconduct claims against him by two different women. Since those allegations came to light, Brown was charged with burglary with battery after he and his trainer, Glenn Holt, allegedly attacked a moving truck driver. Brown also streamed a live video on Instagram that showed him berating police officers in front of his children.

Training with Sanders should give Brown some good exposure, but a recent report indicated he is not drawing much interest from NFL teams. 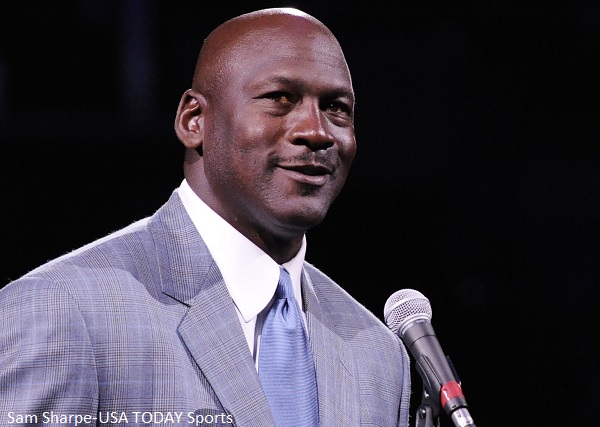 The recent airing of “The Last Dance” really shone a light on Michael Jordan’s obsessively competitive personality, but there are other stories from throughout his career that demonstrate that.

Richard Hamilton has one of them. Hamilton first entered the league in 1999 with the Washington Wizards, where he spent three seasons. In his final year with the team, he played alongside Jordan, who also served as the Wizards’ team president.

In an appearance on the “All The Smoke” podcast, Hamilton recalled how Jordan, prior to making his return to the court, had once traded second-year guard Laron Profit for trash talk that was a little too aggressive.

“I remember one time, we were playing in practice, and Prof might’ve hit a shot on MJ, and he was running down court. ‘Yeah, you can’t guard me with them old-ass knees,'” Hamilton recalled, via Ryne Nelson of Slam Online. “MJ was heated. He was heated to the point that when I went to my exit meeting, [Jordan] was like, ‘Your man, he outta here.'”

Profit was ultimately traded for the draft rights to Brendan Haywood in August of 2001. The Wizards didn’t miss much, as he ended up playing just 135 NBA games in his career.

Jordan is known as one of the most legendary trash talkers of all time. That doesn’t mean he wanted to hear it back. Profit learned that one the hard way.

Report: Cam Newton may not sign until team activity resumes

Cam Newton’s lack of a market may ultimately lead to him waiting a while longer before signing.

According to ESPN’s Jeremy Fowler, Newton’s market has cooled further in the last month. That means that Newton may wait until teams resume regular activity, which would allow the veteran quarterback to meet with interested parties in person and allow those teams to check out his health.

Teams aren’t sure if Newton would be open to a backup job or not. There is also a belief around the league that Newton did speak with the New England Patriots after his release, but nothing came of it.

Newton played in two games in 2019 due to a foot injury. The 31-year-old appears healthy now, but the fact that teams cannot actually check on him in person has definitely hurt his market. Only a few teams have possible quarterback vacancies, and they aren’t really interested in Newton. All this means is that we probably won’t see Newton sign anytime soon, as circumstances just aren’t in his favor right now. 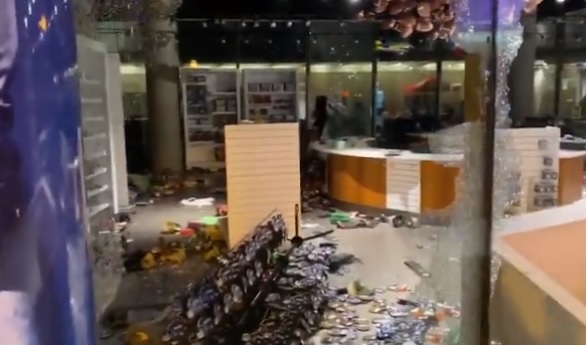 The College Football Hall of Fame was among the buildings vandalized by looters and protesters in Atlanta on Friday night.

Numerous protests have been ongoing in cities throughout the country the last few nights in response to the death of George Floyd. On Friday, protests occurred in Atlanta, and one of the buildings that was vandalized was the College Football Hall of Fame. Video shows windows being broken at the front of the building and things being ransacked inside.

The College Football Hall of Fame in Atlanta is unrecognizable… It’s 1 of many buildings that’ve been destroyed by protestors #atlantaprotest #JusticeForGeorge #CBS46 pic.twitter.com/0T9rZimQxo

Another look at the College Football Hall of Fame in Atlanta. It’s absolutely destroyed. Protestors have taken over a lot of downtown & damaged anything in their sight #atlantaprotest #JusticeForGeorgeFlyod #CBS46 pic.twitter.com/A3jXr6tffJ

A very tough night for downtown Atlanta. This is the College Football Hall of Fame. #AtlantaProtest pic.twitter.com/K7vt95n8lV

Protesters broke into the College Football Hall of Fame. Glass is shattered and items inside were destroyed. #11Alive pic.twitter.com/rOpzgUhaRV

The College Football Hall of Fame released the following statement:

“First and foremost, our hearts go out to the friends and family of George Floyd. We support the peaceful protests that honor his memory but unfortunately, they deteriorated into chaos and disorder. We are heartbroken to see the damage to our city and the Hall of Fame. As our Mayor Keisha Lance Bottoms said… We are better than this, better than this as a city, and better than this as a country. In the coming days and weeks, we’ll work to pick up the pieces, to build back the sacred walls that housed memories and honored those who played the game many of whom fought these same injustices throughout their storied careers.”

Report: George Kittle looking to be paid like wide receiver George Kittle is one of the NFL’s truly elite tight ends, but the tight end label is probably not going to cut it when it comes to his contract negotiations.

Sports Illustrated’s Michael Silver reported on Friday that the San Francisco 49ers star is far apart on extension talks with the team. Silver adds that paying him as a tight end is untenable, quoting Kittle’s agent as saying, “I don’t care about the tight end market. I’m being paid to do a George Kittle deal.”

The implication here is that Kittle, who caught 85 passes for 1,053 yards and five touchdowns in 2019, wants to be paid like a wide receiver. Hunter Henry of the Los Angeles Chargers is currently the highest-paid tight end, making $10.6 million next season. But even Henry’s deal is a far cry from what top wide receivers command. 24 receivers will make over $10 million next season with Atlanta Falcons star Julio Jones topping out the field at $22 million.

Kittle, who was a Pro Bowler and a First Team All-Pro last season, provides unparalleled value with his combination of pass-catching and blocking. He is set to be a free agent after the 2020 season. He is also not the first tight end to argue for being paid like a top receiver instead.