Shareef O’Neal was part of UCLA’s highly-anticipated recruiting class for this season, but his ability to contribute on the court was put on hold after doctors discovered he had a heart problem.

Shareef, the son of NBA legend Shaquille O’Neal, underwent a routine medical examination in the fall and doctors discovered his heart had an electrical issue that surgery should correct.

The issue with Shareef O'Neal's heart is an electrical problem, but the surgery is supposed to fully correct it.

O’Neal is set to undergo the surgery next month. He has been supporting his Bruins teammates all along and sent this great tweet on Wednesday:

The prospect of facing heart surgery seems downright terrifying. O’Neal is approaching it with optimism and the belief that he will be even better afterwards. 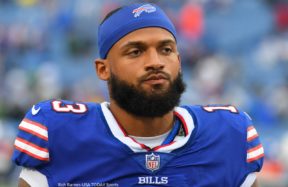 Alex Rodriguez had some damage control to do after being spotted at Lambeau Field for Saturday’s Green Bay Packers playoff game.
Rodriguez was spotted in the crowd during Saturday’s NFC Divisional game between the Packers and S LeBron James seemed to lack situational awareness during Sunday’s game.
The Los Angeles Lakers played the Miami Heat, and James got loose on back to-back possessions in the second quarter for a dunk as well an and-one basket. After t