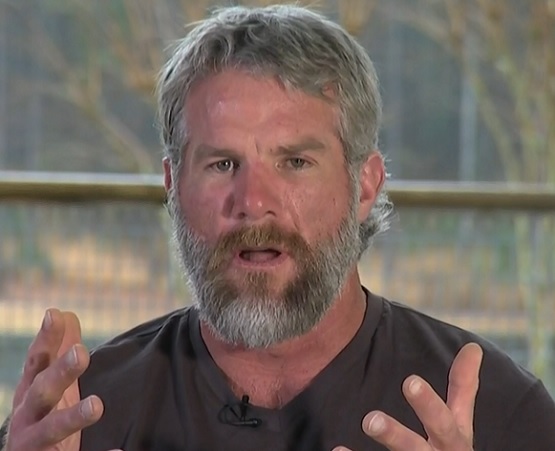 Brett Favre has seen what Josh Allen can do on the football field and has some advice for the Buffalo Bills quarterback.

When Allen came out of college at Wyoming, he received some comparisons to Favre. Allen is a big, athletic guy with a strong arm who loves to try making big plays happen. But that desire to make big plays has led to multiple turnovers and some injuries, including when Allen was knocked out of the Bills’ Week 4 game against the New England Patriots on Sunday.

In an article for The Athletic, Favre told Tim Graham he would advise Allen not to be as reckless on the field.

“From a coach’s standpoint, they’re going to have to demand that he not play as reckless as he has,” Favre told The Athletic’s Graham.

“What I would tell him, from a physical standpoint is, ‘Hey, Josh. I get it. I see you diving and running over people. I was that guy, too. But listen, man. Take it from a guy who’s played a long time and learned maybe later than I should’ve, there’s a time and place when you try for extra yards. That wasn’t it. You’ve got to be smarter.”

Favre faced the same issues when he was young. He told Graham it wasn’t until Mike Holmgren threatened him with fines for not sliding as a scrambler that he learned the importance of changing his style.

Beyond just trying to make big plays happen as a rusher, Allen has displayed a ball security problem. In 18 career games, he has thrown 18 interceptions and fumbled 13 times. Favre wants to see Allen learn the lessons about playing smarter while he’s still young, unlike Favre, who didn’t start to play that way until later in his career.

Allen, 23, is in concussion protocol heading into Week 5.