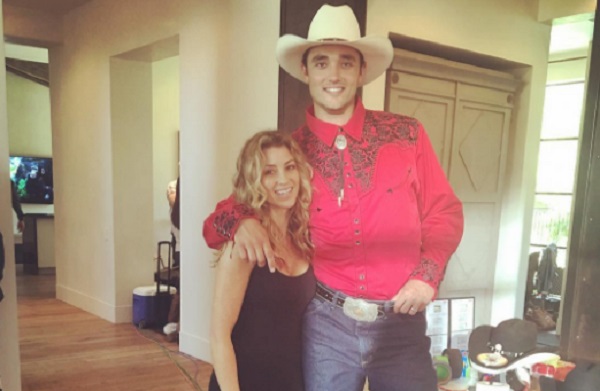 They say that behind every great man is a great woman, and that is definitely the case with Brock Osweiler.

The Houston Texans quarterback is married to wife Erin, and she has been invaluable to him in preparing him as an NFL quarterback.

As we shared back in June, Erin, formerly Erin Costales, helped her husband learn his new playbook upon signing with the Texans as a free agent following his departure from Denver.

Brock Osweiler’s wife Erin will quiz and drill him on plays as he visualizes things and becomes more comfortable with the playbook. Now that’s a pretty helpful family member!

It’s understandable why Brock is so protective of Erin, too. Back in March some hecklers tried to confront Osweiler and went after his wife. But Brock held them off.

The two got married in Arizona at a golf course in front of 120 people. They met through mutual friends.

Head to Page 2 for more photos of Brock Osweiler and wife Erin.