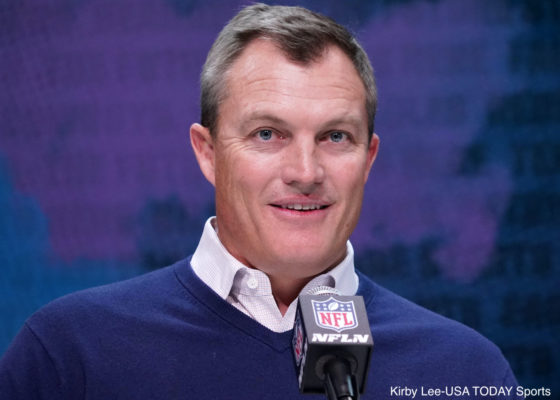 The NFL Draft is still more than a month away, but we already have our first blockbuster trade of the event.

The Miami Dolphins have traded the No. 3 overall pick in the draft to the San Francisco 49ers in exchange for the No. 12 overall pick, a third-round pick and two future first-round picks. ESPN’s Adam Schefter was the first to report the deal.

Blockbuster deal with massive ramifications for years to come.

The Dolphins still have a first-round pick this year, as they also have their own pick at No. 18. The third overall pick was one they had acquired from the Houston Texans in a previous trade.

With the move, the 49ers are obviously targeting a quarterback in this year’s draft. Schefter reports that they do not have one specific QB in mind and are happy with multiple players at the position who could be available third overall. The NFL insider also notes that San Francisco has no plans to trade Jimmy Garoppolo at this time.

It would be a shock if the Niners are not at least listening to offers for Garoppolo. Their decision to give up a ton of draft capital to move up this year is a clear signal that they do not believe he is their quarterback of the future. General manager John Lynch said recently that he still feels Jimmy G. is the guy, but that is now even harder to believe.

We know of at least one team that has been repeatedly linked to Garoppolo, so that will be worth monitoring.