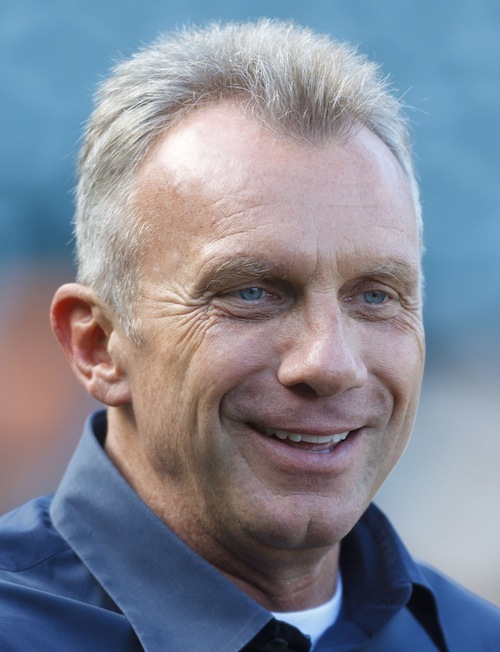 In an interview with Mark Kaboly of the Pittsburgh Tribune-Review, Montana referred to the Deflategate saga as “funny.” He also compared it to the way some of his teammates used to cheat.

“I wish I’d known (it could make a difference) because I couldn’t throw a wet ball to save my life,” Montana said. “Heck, I would’ve thought about (deflating the ball), sure.

“Our offensive linemen used to spray silicone on their shirts until they got caught. Once you get caught, you get caught. Period. It doesn’t take anything away from Tom’s game. But how long has he been doing it? I don’t know.”

Montana added that it shouldn’t even be considered a big deal if Brady did orchestrate the deflating of game balls.

“It is one of those things that is a rule, right?” he said. “It might be a dumb rule, but it doesn’t matter. He didn’t deflate them himself, but you can pick up the ball and can tell if it is underinflated, overinflated or what you like. Everybody is afraid to say it, but if the guy did it, so what. Just pay up and move on. It’s no big deal.”

One of the arguments in favor of Brady and the New England Patriots is that all teams bend the rules to try to gain an advantage. Between Montana’s comment about his offensive linemen and Jerry Rice’s cheating admission, it sure seems like the 49ers of the 1990s were all about gamesmanship.