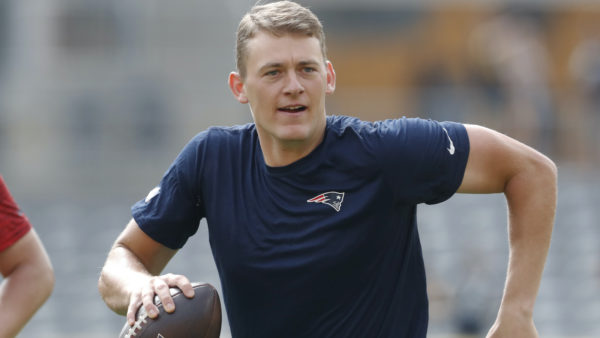 The New England Patriots have hired a new offensive coordinator, and you can probably guess how Mac Jones feels about the move.

The Patriots on Tuesday agreed to a deal to bring back Bill O’Brien, who previously worked as an assistant under Bill Belichick from 2007-2011. A source close to Jones told Mark Daniels of MLive.com that the quarterback is “very” excited about the hire.

Another source said he or she believes the similar cultures at Alabama and in New England will make the transition for Jones a smooth one and that the former Crimson Tide star is looking forward to working with O’Brien.

O’Brien has spent the last two seasons as the offensive coordinator at Alabama. While he never coached Jones during a season, there was some overlap between when O’Brien arrived in Tuscaloosa and when Jones left for the NFL. The two worked together and are familiar with one another, which is one reason O’Brien was viewed as such a logical fit for the Patriots.

Jones struggled in his second NFL season after an impressive rookie year. He threw for 2,997 yards, 14 touchdowns and 11 interceptions. New England’s system was very ineffective and Matt Patricia did a poor job of calling plays, but many prominent people feel Jones could have handled himself a lot better.

If Jones is seen yelling at coaches during games again next season, it will not be a good look for him. Jones may not have had a direct hand in the Patriots’ decision to hire O’Brien, but it sounds like he got his wish.