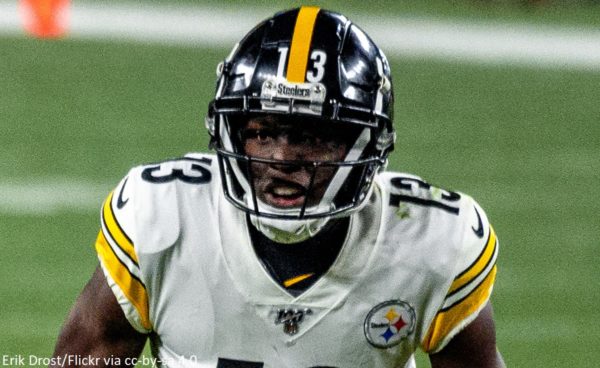 Does Pittsburgh Steelers wide receiver James Washington want out? His coach says no.

Steelers coach Mike Tomlin on @AdamSchefter's report yesterday that receiver James Washington has requested a trade. "He has not. Those unnamed sources, we don't react to or respond to. James has been great here, working, having a good camp."

For what it's worth, folks.

ESPN’s Adam Schefter had reported Friday that Washington approached the Steelers about a trade request, unhappy with his role.

Washington has wound up behind JuJu Smith-Schuster, Chase Claypool, and Diontae Johnson on the depth chart. A trade request would make sense. There are reasons the Steelers would want to keep him around, so it remains to be seen where this actually stands. Tomlin certainly isn’t going to air any drama publicly.