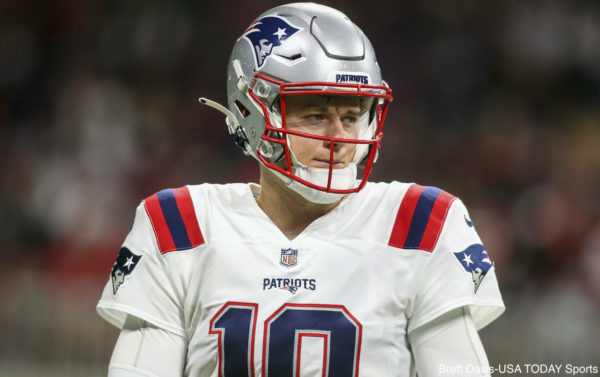 Mac Jones grew up in Florida and played college ball at Alabama. The rookie quarterback has openly admitted that he has very little experience with cold weather, and that could become a problem when the New England Patriots take on the Buffalo Bills on Monday night.

The forecast for Monday night in Buffalo calls for temperatures in the 20s, snow showers and winds that could gust up to 50 mph. Highmark Stadium looked like a winter wonderland hours before kickoff.

As videos of the weather in Buffalo were plastered all over social media, several people were reminded of a tweet Jones sent back in 2015. Jones was in high school at the time and said he has never seen snow.

I have never seen snow 😳

He has now, of course, but he still hasn’t played in it. Temperatures fell into the mid-30s for the Patriots’ game against the Tennessee Titans in Foxboro last week, but there was no snow. Jones completed 23 of 32 passes for 310 yards, two touchdowns and no interceptions in a winning effort. We doubt either he or Josh Allen will find that type of success in Monday’s conditions, but Allen is far more accustomed to inclement weather. That will certainly be a storyline to watch.