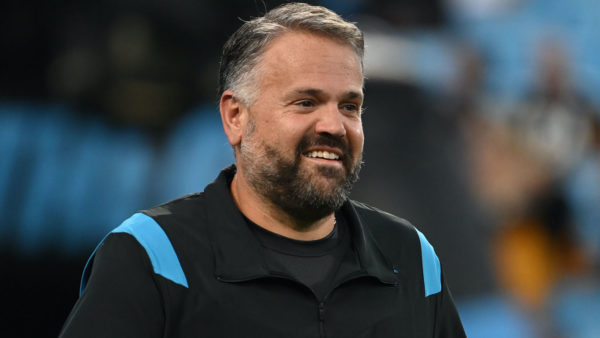 The Carolina Panthers still have their eyes on at least two veteran quarterbacks as they consider upgrading at the position, according to a report.

The Panthers still maintain some interest in quarterbacks Baker Mayfield and Jimmy Garoppolo, according to Steve Reed of the Associated Press. However, the only way a trade is possible would be for either the Cleveland Browns or San Francisco 49ers to pick up a significant portion of each quarterback’s salary, which is not likely to happen.

As I've reported several times, the Panthers are still interested in Mayfield/Garoppolo at QB, but in order for a trade to take place the other team would have to agree to pick up a large portion of their salary. Nothing has changed on that front for weeks.

Carolina’s quarterback situation is far from settled. Sam Darnold failed to convince last year, and though the Panthers drafted Matt Corral, the rookie probably will not be seen as ready to play immediately. That leaves the team as a possible destination for stopgap options like Mayfield or Garoppolo, whom the Browns and 49ers are respectively trying to trade.

Garoppolo, at least, could be had on Carolina’s terms later in the offseason. That may be a situation worth watching, but not for a few weeks.