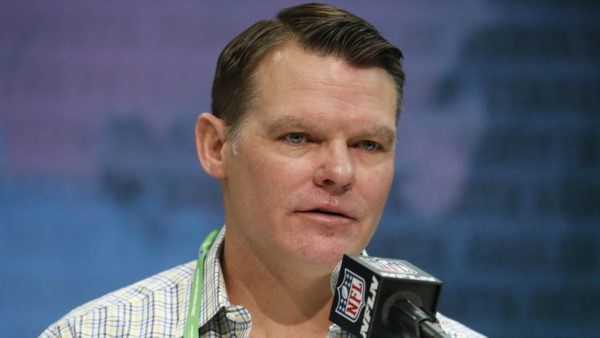 The Indianapolis Colts have a new complementary backfield piece to pair with Jonathan Taylor and Nyheim Hines.

On Tuesday, VaynerSports agent Mike McCartney announced on Twitter that former Denver Broncos running back Phillip Lindsay had agreed to a one-year deal with the Colts.

The 27-year-old has struggled following his Pro Bowl rookie season with the Broncos in 2018. Lindsay rushed for 1,037 yards and nine touchdowns in 15 games that year.

In three years with Denver, Lindsay rushed for 2,550 yards and 17 touchdowns.

Lindsay played in ten games for the Houston Texans in 2021 before being cut by the team. He played an additional four games after being claimed by the Miami Dolphins. Lindsay totaled 249 yards on 88 carries and a touchdown between both stints last season.

Lindsay figures to be a third-string player in an already-loaded Colts running back room. The Colts were tied for the fifth-most rushing touchdowns (22) in the NFL in 2021, and ranked second in total rushing yards (2,540).

Taylor had 18 touchdowns and ran for over 1,800 yards on 332 carries, while Hines had 56 rushes for 276 yards and two touchdowns last season.

But injuries happen, and Lindsay is a proven option to go to in case Taylor or Hines miss time.