Robert Quinn not happy with 1 aspect of trade to Eagles 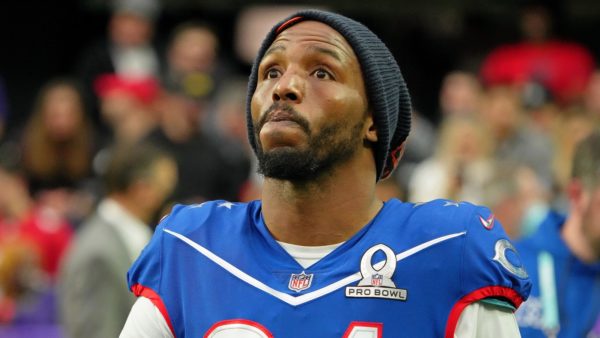 On paper, Robert Quinn’s trade to the Philadelphia Eagles seems to be great for him. He goes from the Chicago Bears to the team with the best record in the league, and he will have a significant role on a Super Bowl contender.

There is one issue for Quinn, though, that he is not happy about. The Bears had not yet had their bye week when they traded Quinn, and the Eagles had. That means Quinn could potentially become the first player to play 18 games in a season, and it is not a mark he is eager to set.

“That’s not really a record I’m looking for — 18 games and no bye week,” Quinn said, via Martin Frank of the Delaware News Journal. “Come on, man. You can borrow my pads if you want to do that. I mean, 18 weeks, no bye week, Year 12. It’s a heck of an adjustment, and in a new city.”

One can hardly blame Quinn for not wanting this distinction. NFL seasons are physically difficult even when playing a normal workload. That extra week could really take a lot out of Quinn. Don’t be surprised if the Eagles find ways to get him a bit of extra rest as a result of his demanding schedule.