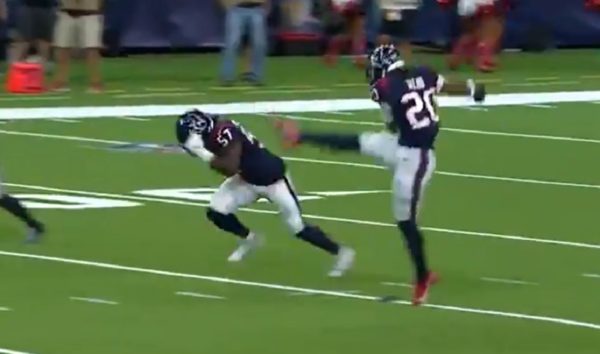 Houston Texans safety Justin Reid has been bugging his coaches all training camp long for an opportunity to kick. He got his chance on Saturday.

Texans kicker Ka’imi Fairbairn was held out of the team’s preseason game against the Tampa Bay Buccaneers. That meant Houston let Reid handle the kicking duties. And Reid showed off his leg.

Take a look at this massive boot when he kicked off to start the game:

That was some beautiful form. And he sent it straight to the goal line too.

Reid kicked in high school but not since then. However, he showed he can definitely handle kickoff duties. He also is said to be pretty money from inside 33 yards on field goals. We’d love to see him try it once.