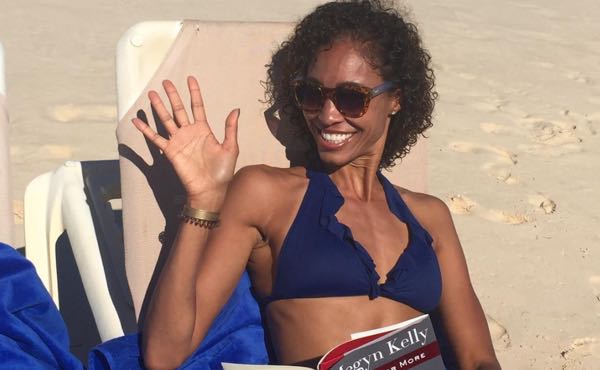 Thousands of protestors have gathered at airports around the country to take a stand against Donald Trump’s immigration ban, and ESPN’s Sage Steele wishes she didn’t have to deal with it.

On Sunday, Steele took to Instagram to complain about how protestors at LAX forced her to miss her flight to Houston for the Super Bowl. She said she was “saddened” watching families and elderly couples having to drag their luggage nearly two miles because of the demonstrations that were ongoing.

So THIS is why thousands of us dragged luggage nearly 2 miles to get to LAX, but still missed our flights. Fortunately, a 7 hour wait for the next flight to Houston won't affect me that much, but my heart sank for the elderly and parents with small children who did their best to walk all that way but had no chance of making their flights. I love witnessing people exercise their right to protest! But it saddened me to see the joy on their faces knowing that they were successful in disrupting so many people's travel plans. Yes, immigrants were affected by this as well. Brilliant.

As you might expect, the rant did not go over well.

@TaylorRooks has nothing to do w what I "prefer". Comical to see the process used to determine when it's "ok" to disrupt. It wasn't…

@sagesteele As a volunteer attorney who helped reunite a family this past weekend your comments are stunning. Some things are bigger than u.

@sagesteele People standing up for those who are getting their lives damaged by an unconstitutional order is more important than ur travel.

@sagesteele the nerve of MLK to block that bridge in Selma. Didn't he know that he was tying up traffic! What a jerk!!!!

@sagesteele some people had worse experiences at LAX this weekend, but I'm sure that was awful for you https://t.co/ydJtOBibqM

Even after she was ripped to shreds, Steele did not change her opinion.

All good! But just bc someone has a different opinion, doesn't mean they're "the worst". Unless, of course, only YOUR opinion is allowed https://t.co/iiZXuD4Ne2

We already saw one former MLB player share a controversial opinion on Trump protests, and the reaction was about the same. Like anyone else, Steele is free to express her thoughts. You just have to be prepared to deal with a ton of backlash if you’re going to go down that road.