Watch: Astros’ Ken Giles cursed out manager for pulling him from game 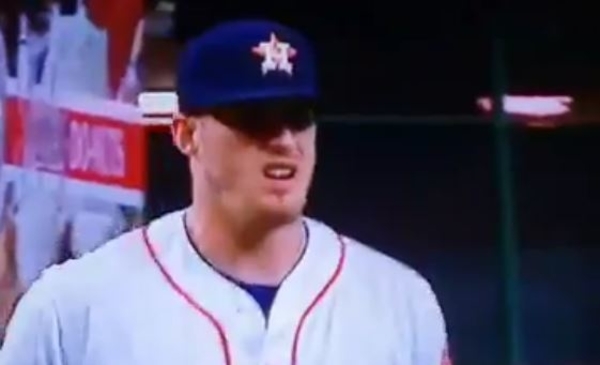 The Ken Giles Experience continues to be as wild and crazy as advertised.

Giles, the Houston Astros reliever, was brought into Tuesday’s game against the Oakland A’s in the ninth inning with a comfortable 4-0 lead. However, he proceeded to allow three consecutive singles and was pulled from the contest without retiring a single batter. As manager AJ Hinch came to the mound to remove him, Giles appeared to curse Hinch out, saying, “F— you man.”

Ken Giles just said "F you man" to AJ Hinch when pulled after giving up two hits and not recording an out in the 9th. Please get rid of him. pic.twitter.com/jvoVh5bI6Y

Fellow right-hander Hector Rondon then took the hill with a 4-1 lead and runners on first and second. He would go on to allow both of the inherited runners (plus another batter) to score, tying the game at 4 all. Rondon did eventually get three outs though, and the game went into extra innings.

As for Giles, it has certainly been an up-and-down season. He entered the game with a 4.11 ERA on the year and has ceded many save opportunities to Rondon lately after starting 2018 as the Astros’ primary closer. Giles was also involved in an incident in May where he punched himself in the head after a particularly rough outing, leading to some funny reactions on Twitter.