Golf fans will be desperately missing the Masters this week, but they have at least been given something to look forward to once the coronavirus pandemic is under control.

The PGA Tour announced on Monday that play is tentatively scheduled to resume play on June 15, though no specific tournament was listed. The US Open has been moved to Sept. 14, and the Masters will begin Nov. 9. The Open Championship, which was originally scheduled for July 13, has been canceled.

Joel Beall of Golf Digest is reporting that the June 15 event will be played without fans.

It’s unclear how the changes this year will impact next year’s PGA schedule, if at all. Having the Masters in November and then again in April would certainly be strange, but a lot of sports leagues are going to be dealing with similar scheduling issues. While it does not sound promising for the NBA to resume this season, golf is a unique sport in that it can be played while following social distance protocols.

The Open Championship to be canceled for insurance purposes Golf is about to see one of its major championships get canceled.

The Open Championship is expected to be canceled, and a decision could come on Thursday, Golf Digest reports. The major was set to be played beginning on July 16 at Royal St. George’s Golf Club in England.

Unlike the Masters and PGA Championship, which have both been postponed, The Open Championship would be canceled for the same reason Wimbledon is being canceled: insurance.

If canceled by a certain date, The Open Championship can collect on an insurance premium that covers pandemics.

The Royal and Ancient Golf Club (R&A) apparently has excellent insurance coverage, which has led to this decision. This would be the first time since World War II in 1945 that the event has been canceled.

Phil Mickelson hinted earlier in the week that he is in the process of trying to put together a rematch with Tiger Woods in order to give sports fans a temporary escape from the coronavirus pandemic, and it turns out the event could be even more star-studded than we initially thought.

According to CNBC’s Jabari Young, the match in the works is actually a two-on-two. The other two golfers expected to join Mickelson and Woods are Tom Brady and Peyton Manning. The event being discussed would pit Brady and Mickelson against Manning and Woods. News of Brady and Manning potentially being involved was first reported by Robert Lusetich.

Do we have your attention yet?

A person familiar with the negotiations told Young that the event will likely take place in May and benefit charity. While nothing is official, it is not expected to be a pay-per-view event and could take place live on TNT. AT&T’s WarnerMedia and the PGA Tour have been involved in the planning.

Other stars from across the sports landscape could also be involved, as organizers have been in touch with Charles Barkley for off-site commentary.

The match would be held at an undisclosed location, likely to prevent fans from showing up. While the sports world came to a screeching halt last month after Utah Jazz center Rudy Gobert tested positive for COVID-19, golf is one of the only sports that can still be played while following social distancing guidelines.

Mickelson beat Tiger in “The Match” back in 2018 with $9 million at stake. The event was supposed to cost $19.99, but technical difficulties resulted in Turner Sports and Bleacher Report having to stream it for free. There were some awesome moments during the round, and it goes without saying that adding Brady and Manning to the event would make it that much more captivating.

Sports fans are desperate for any type of live event to watch as the coronavirus outbreak continues to impact the United States, and Phil Mickelson and Tiger Woods may be exploring the possibility of giving them what they want.

On Sunday night, a fan on Twitter asked Mickelson if there is a possibility of him and Tiger playing another one-on-one match like they did back in 2018. Such an event could be structured in a way that people could still follow social distancing guidelines, and Mickelson said he is “working on it.”

Mickelson then responded to another follower who told him not to “tease” fans.

I don’t tease. I’m kinda a sure thing

Obviously, Woods would need to be on-board with the idea as well. Mickelson beat Tiger in “The Match” back in 2018 with $9 million at stake. The event was supposed to cost $19.99, but technical difficulties resulted in Turner Sports and Bleacher Report having to stream it for free. There were some awesome moments during the round and the two legends made sure to entertain fans for as long as they could.

If Mickelson and Woods were both interested in a rematch, perhaps the event could raise money for those being impacted by the coronavirus.

Rory McIlroy misses the competition more than the golf

Rory McIlroy is staying indoors and at home like so many of us during the coronavirus pandemic. But things haven’t been easy for the world No. 1 golfer.

Though McIlroy is able to stay in shape thanks to a home gym, what he really misses is the competition. He said in an interview with Sky Sports’ Jamie Redknapp on Instagram that he misses that even more than the golf.

“I love golf and it has given me a lot of really great things but I think I love the competition more. If there’s no competition, then there’s nothing to look forward to.

“Right now, I am just enjoying spending some time at home, getting after it in the gym, and spending time by the pool or playing tennis,” McIlroy said, via The Sun.

McIlroy was competing in the Players Championship before PGA Tour events were canceled through May 21. Both the Masters and PGA Championship have been postponed.

McIlroy says he wants to know that he’s working towards something specific when he begins preparing, so maybe his juices won’t get going until he learns about the next event on his calendar.

Masters postponed due to coronavirus outbreak

The impact of the coronavirus is still being felt across the entire sports world, as the Masters has now also been postponed.

Augusta National Golf Club chairman Fred Ridley issued a statement on Friday announcing that the 2020 Masters has been postponed.

"Considering the latest information and expert analysis, we have decided at this time to postpone @TheMasters, @anwagolf and @DriveChipPutt National Finals."

The PGA has followed suit with other major sports leagues, most of which have canceled or postponed upcoming events. The first round of The Players Championship took place on Thursday, but the PGA has since decided to cancel the tournament. The Masters was scheduled to begin on April 9, and no date has been set yet for when it might be played. It’s possible the entire PGA schedule could be shifted, but the decision likely won’t be made until more is known about the coronavirus outbreak and how severe it will be.

Most sports have postponed events, though the NCAA decided to cancel the 2020 NCAA Tournament altogether on Thursday. The tournament was scheduled to begin next week, and there has been some backlash against the NCAA for canceling rather than postponing.

The overall theme is that everyone is trying to play it safe, which is the smart thing to do. It’s better to be early than late with these types of things, which is why events that are still a week or more away are already being pushed back. 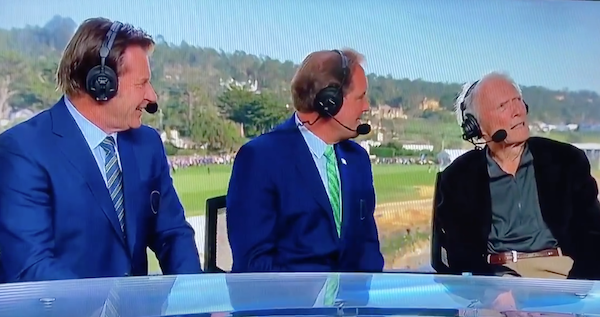