Look: Aaron Rodgers living it up in Hawaii during Packers OTAs 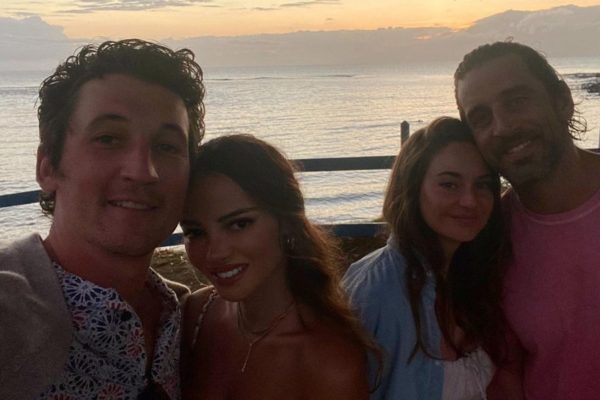 Aaron Rodgers was not present for the start of the latest phase of organized team activities with the Green Bay Packers this week, and we now have confirmation that he is nowhere near the state of Wisconsin. The reigning NFL MVP has been vacationing in Hawaii, and he appears to be having the time of his life.

Rodgers and his fiancee Shailene Woodley have been spending time in Hawaii with actor Miles Teller and his wife Keleigh. Mrs. Teller shared several photos and videos on Instagram of the foursome hiking and adventuring together.

Rodgers even showed how much of a big Taylor Swift fan he is at one point:

Rodgers is coming off one of the best seasons of his career. He threw for 4,299 yards, 48 touchdowns and just five interceptions. We have little doubt he will be ready for the start of the season, regardless of how much time he spends hiking around Hawaii instead of working out with his teammates.

Of course, that assumes Rodgers intends to play in 2021. The 37-year-old confirmed in an interview this week that he is at odds with the Packers. There have been reports that he wants the team to make at least one major change before he will consider returning, but the Packers are unwilling to accommodate that.

Rodgers may eventually tell fans in Green Bay to R-E-L-A-X, but you can certainly understand why they’re on edge at the moment.