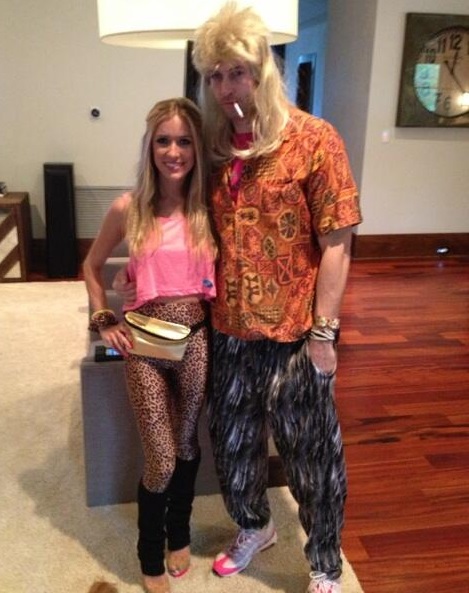 Jay Cutler’s son has already dropped his first F-bomb, but you might be surprised where the 3-year-old picked up on it.

Believe it or not, Smokin’ Jay is not the reason his eldest son Camden has already developed a bit of a potty mouth. Cutler’s wife, Kristin Cavallari, recently told People that she needs to learn to watch her mouth more.

“I swear a lot, so that’s been tough for me, but I’m trying really hard,” she said. “Camden said the F-word once. He said it like, ‘Mommy, why did you say f—?’ So he didn’t just say it for no reason. It really makes you catch yourself and make you be aware of what you’re saying all the time.”

Jay and Kristin have two boys and are expecting their first daughter. We recently learned that they chose the baby girl’s name in a not-so-common way. Hopefully Mrs. Cutler will be even more careful with what she says when there is a little lady around. Although, it must be tough not to swear while watching the Chicago Bears play.