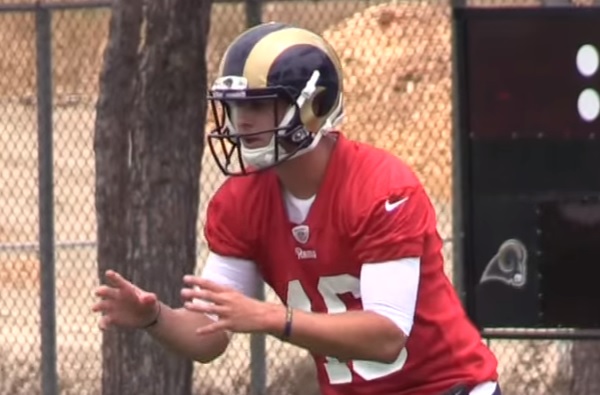 Sick of seeing their offense unable to score, Los Angeles Rams fans began chanting for Jared Goff during the first half of Sunday’s game against the Carolina Panthers.

According to multiple reporters in attendance, Rams fans started booing quarterback Case Keenum in the second quarter of the game.

Case Keenum badly underthrows a receiver on first down and gets loudly booed. Other fans chanting "We want Goff!"

"We Want Goff" chant is now very loud in Coliseum.

Goff was the quarterback the Rams traded up to draft No. 1 overall, but they have yet to play him in a regular season game.

Keenum, who is not viewed as a long-term solution at quarterback, entered Sunday with 10 interceptions and eight touchdown passes on the season. He is the only player to attempt a pass for the Rams this season.

Goff is currently the second string QB for the Rams, with Sean Mannion behind him. There has been some chatter that Rams head coach Jeff Fisher never wanted Goff, while others say he is just being patient with the rookie.