Kobe Bryant’s long lost twin was spotted at the opening ceremony of the London Olympics on Friday. Both Kevin Love and LeBron James shared pictures on Instagram and Twitter of Kobe and his “body double,” as Love called it. The resemblance between the two men is strong. NBA player Brandon Jennings, who is not on the Olympic team, thought the twin picture was hilarious.

After a bit of research, we learned via Kansas State’s Twitter the identity of Kobe’s doppleganger. The young man’s name is Erik Kynard, and he is a 21-year-old high jump specialist who attends Kansas State University.

While the two look really similar in the picture above, they look different in the photo snapped by LeBron James (seen below): 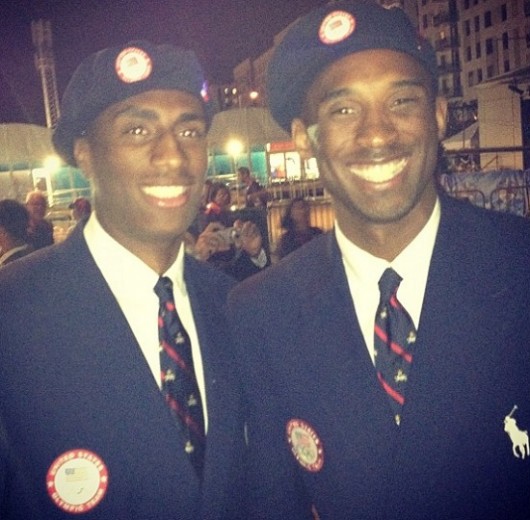 That first photo really got me, but the second one is less convincing. If anything, Kynard looks like a young Kobe.