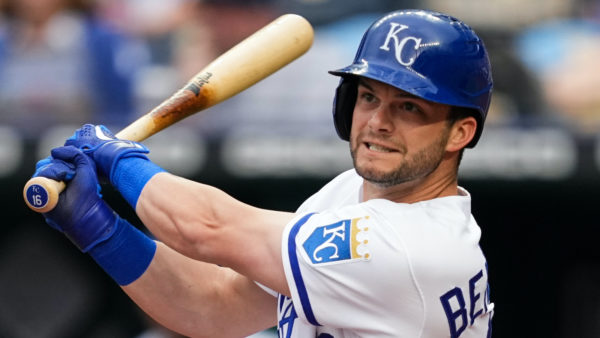 Andrew Benintendi is back in the AL East, though this time with a new team.

The New York Yankees on Wednesday acquired Benintendi in a trade with the Kansas City Royals. According to Ken Rosenthal, the Royals are getting three pitchers as part of the deal: Chandler Champlain, Beck Way and TJ Sikkema.

The trade is unsurprising considering the AL East leaders had been linked to Benintendi in rumors over the last few weeks. There was one potential hiccup in a Benintendi trade, and that has to do with potential issues playing in Toronto. That may no longer be an issue.

The 28-year-old outfielder is having his best season ever by batting average. He is batting .321 but only has a .399 slugging percentage and three home runs. The Yankees are hoping that his bat remains hot through the rest of the season. He also will provide solid defense in the outfield, and he has plenty of experience in the AL East after spending five seasons in Boston.

The acquisition comes the same week the Yankees placed outfielder Giancarlo Stanton on the injured list.