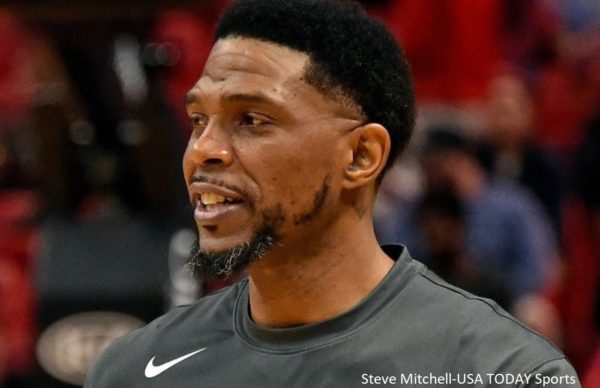 Udonis Haslem is saying “miss me with that” to anyone not giving the Miami Heat their proper due for the past season.

The Heat captain reacted Tuesday to the notion of some people dismissing the team’s run to the NBA Finals as a bubble environment-related fluke.

“Some people?” he said, per Ira Winderman of the Sun Sentinel. “Was it some of the people that we probably beat? Get their a– out of here. That’s why we beat them.

The Heat surprised many with their underdog Finals berth, toppling the NBA-best Milwaukee Bucks in the second round and knocking out the also-favored Boston Celtics in the Eastern Conference Finals. While they did fall in the Finals, they still took two games off the titanic Los Angeles Lakers despite missing Bam Adebayo and Goran Dragic for much of the series.

The 40-year-old Haslem, who just re-signed for his 18th career season with the team, played a key leadership role during that Finals run. As such, he does not take any disrespect for what they accomplished lightly.