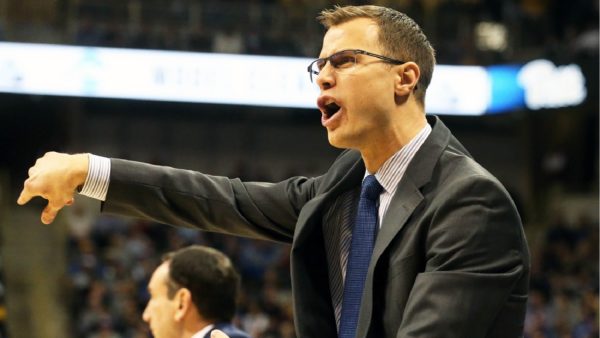 Jon Scheyer is already moving differently than his predecessor Coach K did.

247 Sports reported on Friday that Duke has hired Jai Lucas, an assistant coach for rival Kentucky, to fill the last spot on Scheyer’s bench. The report adds that it marks the first time the Blue Devils have hired outside of the “Duke family” since the 1990s.

The 33-year-old Lucas, who is known for his recruiting skills, is part of a prominent basketball family. His father, John Lucas II, is a well-known former player and current assistant coach for the Houston Rockets. His brother John Lucas III also played in the NBA for several seasons. Lucas himself has several seasons of assistant coaching experience as well with both Kentucky and the Texas Longhorns prior to that.

As for Scheyer, who takes over for Duke after Coach K’s 42 seasons at the helm, his unexpected hire of Lucas is a clear power move and one that will weaken one of the Blue Devils’ fiercest NCAA rivals in Kentucky. It is also yet another sign of the changing of the guard in Durham.