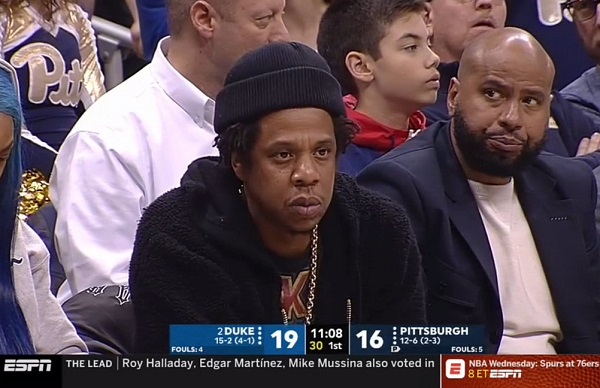 Jay-Z’s possible involvement in the NFL setting up Saturday’s planned Colin Kaepernick workout has been a topic of discussion this week.

A report during the week said that Jay-Z had a role in setting up the workout. On Friday, Dan Patrick said on his radio show that he heard Jay-Z pressured the league to hold the Kaepernick workout. DP suggested that Jay-Z pushed for the workout because the music mogul took a reputation hit after partnering with the league.

Dan says he is hearing Jay-Z pressured NFL to hold Kaepernick workout. Because Jay-Z felt his reputation took a hit from joining NFL.

Patrick later said that other sources told him any talk about Jay-Z is a distraction to take away from the opportunity the league is providing.

"I have been in touch with other well-placed sources who say that any Jay-Z narrative seems like another distraction to take away from the opportunity facilitated by the NFL for Colin Kaepernick." -Dan.

Jay-Z was criticized by some as a “sellout” for partnering with the league in August and also took heat for saying we’ve moved past kneeling.

Those criticizing Jay-Z would rather talk about change than act to make change, the way Jay-Z is doing. By partnering with the league, he can have some influence and help change things from the inside, including pushing for the workout. Those questioning his motive are missing the bigger point, and that is that Kaepernick has an opportunity to workout in front of all 32 teams, which is more than he’s had since the 2016 season. Kaepernick now has a shot at making it back into the league, which has been his stated goal since 2017.

Maybe the NFL and Jay-Z’s actions have self-serving purposes, but they also are leading to an opportunity for Kaepernick. Unless you simply do not want Kaepernick back in the NFL, it’s hard to be upset with this outcome.