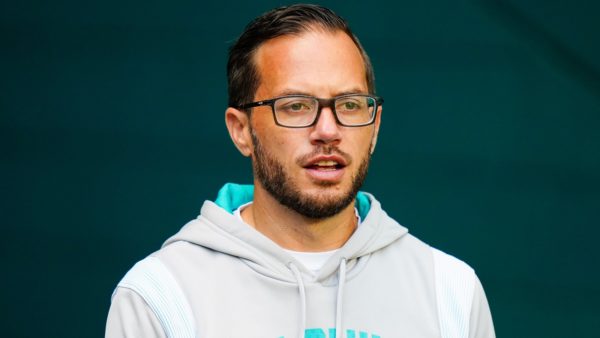 The Miami Dolphins are facing serious backlash after Tua Tagovailoa appeared to suffer his second head injury in less than a week, but head coach Mike McDaniel insists the team followed all of the appropriate steps before clearing Tagovailoa to play on Thursday night.

Tagovailoa was taken to the hospital after being concussed during the second quarter of Miami’s loss to the Cincinnati Bengals. He showed a fencing reaction after his head hit the turf, which is typically a telltale sign of a concussion.

The big issue for the Dolphins is that Tagovailoa also left his team’s game against the Buffalo Bills last weekend after hitting his head on the turf. He was very wobbly when he got to his feet, but he was cleared to return. Tagovailoa cleared concussion protocol and the Dolphins said his balance issues were the result of a back injury.

McDaniel was asked after Thursday’s game if the Dolphins took all the necessary steps to make sure Tagovailoa was healthy enough to play. He emphasized how strict the concussion protocol is and said he would “never mess with that.”

"If there’s any sort of inclination that someone has a concussion, they go into concussion protocol, and it's very strict. People don't vary or stray. We don't mess with that."

The NFLPA was already investigating how Tagovailoa’s injury against the Bills was handled. That probe is likely to become far more serious after what happened in Cincinnati.

Several powerful voices from the NFL community blasted the Dolphins on Thursday night.