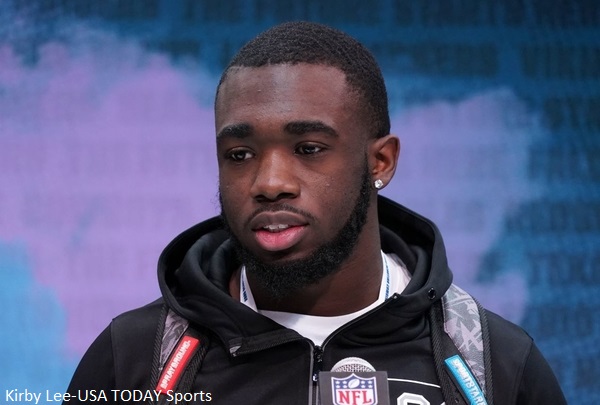 Denzel Mims is not exactly a fan of his new neighbors to the south.

During a video game stream this week, the New York Jets rookie wide receiver was asked about his pre-draft interview with the Philadelphia Eagles. Mims responded by taking a shot at the city, calling it a “dirty a–, trash a– city.”

Have a listen here (but beware of the foul language):

#Jets rookie WR Denzel Mims on his pre-draft interview with the #Eagles : “I didn’t like that dirty a**, trash a** city.” (Video : phillybirdsonly IG) pic.twitter.com/Cws1KUtMk1

Mims, the former Baylor star, went to the Jets in the second round (No. 59 overall) of this year’s draft. The Eagles passed on him just a few picks earlier to select Jalen Hurts and also drafted another wide receiver, TCU’s Jalen Reagor, in the first round, which might partially explain Mims’ disdain.

The Jets are scheduled to face the Eagles on Sept. 3 in a preseason game that will take place in Philadelphia. Mims probably will not be too thrilled about having to return to the city, and it is worth wondering if his perception of Philly was also influenced by the videos of their Super Bowl celebrations.