Pete Carroll on play call: I don’t think everybody’s on the same page

Like the rest of Seattle Seahawks nation, Pete Carroll is still feeling the sting of the way Super Bowl XLIX ended. The 63-year-old coach spoke with Matt Lauer of NBC’s “Today” show on Thursday morning and continued to take responsibility for arguably the most infamous play call in Super Bowl history.

Carroll acknowledged that there has been some second-guessing and disagreement from the team regarding what should have happened in Arizona. He said he went over that with his players during their weekly “tell the truth” meeting on Monday.

“I don’t think at this point that everybody’s on the same page about that sequence necessarily, but that’s OK,” Carroll told Lauer, per Mike Florio of Pro Football Talk. “I wanted to make sure that they went through the whole process of what happened at the end — went through the whole thinking and everything and reminded them how we had prepared, and how we’ve done things. So they realize that whether or not — even the players [who] want to agree — know that this is the way we have practiced and prepared ourselves to execute in this moment.”

Carroll did sugarcoat the decision at one point, noting that it was the worst “result” in Super Bowl history rather than the worst call. We know at least one player who already openly disagreed with that assessment. 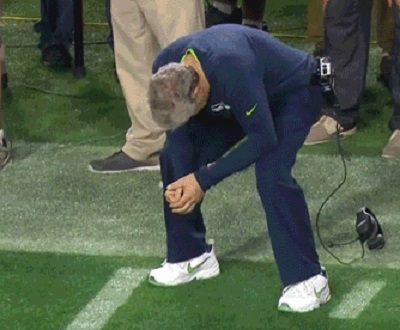 Some have wondered if not handing the ball to Marshawn Lynch with the game on the line will result in Carroll losing his locker room. He doesn’t seem concerned.

“By getting to the truth, by getting there, talking about it, facing it up,” Carroll said. “Everybody’s cleared their minds. When you finally gather and you’re ready to take that next step, we’re gonna go places that are extraordinary.”

Playing the blame game isn’t going to change anything, which is something Seahawks offensive coordinator Darrell Bevell — the one who really made the call that Carroll is taking the heat for — needs to understand. New England Patriots cornerback Malcolm Butler made one of the greatest plays in Super Bowl history when his team needed it most. He deserves just as much credit as the Seahawks do criticism.