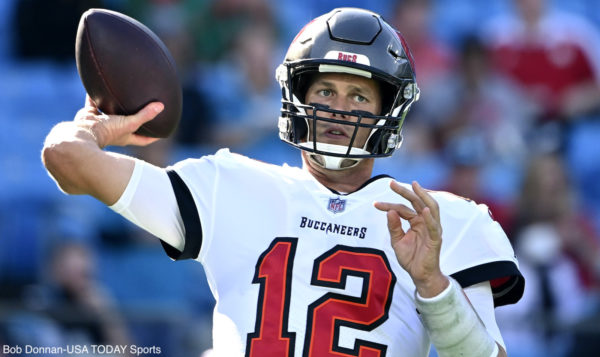 Tom Brady urged people to be empathetic toward Antonio Brown after Brown’s meltdown on Sunday, and the quarterback has made it clear he will continue to support his former teammate.

Brady spoke about the Brown situation during the latest episode of his “Let’s Go!” podcast on SiriusXM Radio. While he did not go into detail, Brady hinted that Brown has been dealing with issues in his personal life.

“We’ve obviously been teammates and I would just say I love him, I care about him, and I have a lot of compassion. I have a lot of empathy for the things that are happening in his life,” Brady said, as transcribed by Mike Florio of Pro Football Talk. “So it’s a lot of challenges we all face from time to time. I think the best thing is to have a support system, even outside of football, because again, yeah, we are football players, we’re athletes, we give everything we can on the field, but we also have off field lives, too. And I’m gonna continue to do everything I can to try to be a great friend and supportive to Antonio and the things he’s going through.”

Brady then mentioned several star athletes who have dealt with mental health issues, including Calvin Ridley. The Atlanta Falcons star stepped away from football earlier this year to focus on his mental health.

“You know, we used to think that we were just all, you know, robots out there and we’d go out there and play and it’s more than that now,” Brady said. “And I think there’s a recognition of that and we’re all, there’s a humanity to everything that we’re doing out there. It’s very comforting to know that people are seeing athletes in deeper ways than just their potential on the field as well.”

Brown stripped off his uniform and tossed it into the stands in what was a surreal scene during the Tampa Bay Buccaneers’ comeback win over the New York Jets. You can see the video here.

Of course, those who have followed Brown’s career were not stunned to see his Bucs tenure end in dramatic fashion. The 33-year-old has been given numerous chances in the NFL despite all his off-field issues, the most recent of which was a COVID vaccine controversy. Brady obviously cares about Brown and believed he could help him get his career back on track. That did not happen.