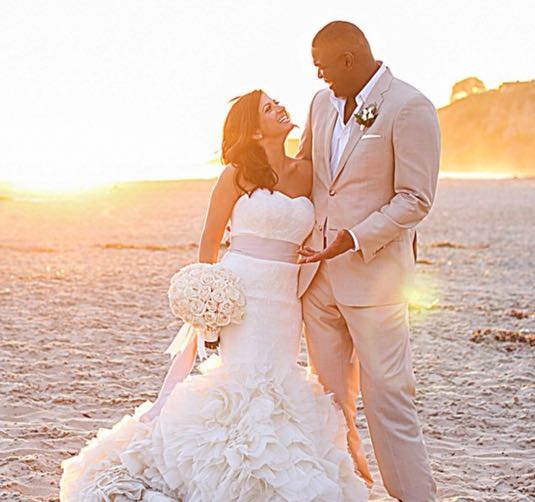 Keyshawn Johnson and his wife Jennifer Conrad are getting a divorce just seven months after they were married.

According to court documents obtained by TMZ, Conrad filed for divorce earlier this month, citing irreconcilable differences. Conrad says the couple separated in February and signed a prenuptial agreement before tying the knot.

If you have kept up to date on your Keyshawn gossip, the divorce filing shouldn’t surprise you. Back in December, Johnson’s name came up in legal filings by a man who believed the former NFL star was having an affair with his wife. The man said he found some dirty text messages that indicated his wife and Keyshawn were trying to arrange hook-ups.

Johnson and Conrad got married on a beach in California in August. Conrad has asked for custody of the couple’s two children. Sources reportedly told TMZ that it is possible the two could still reconcile.