Team USA gets meme treatment for gloves at Opening Ceremony 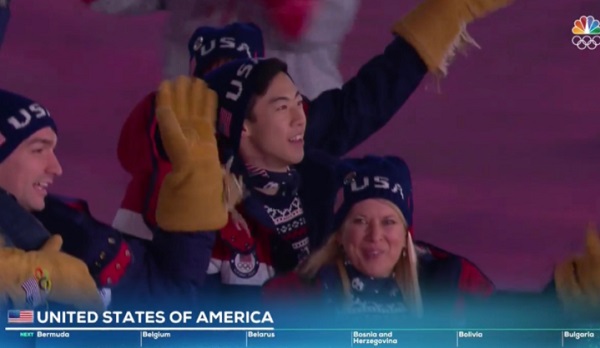 The 2018 Winter Olympics in PyeongChang are officially underway, and we already have our first meme of the Games courtesy of the good ol’ US of A.

The United States Olympic team arrived for Friday’s Opening Ceremony ready for the elements, as evidenced by some giant suede gloves that they all wore as they marched out as a collective unit in front of the South Korean crowd.

The ridiculous-looking mitts were unable to escape the watchful eye of the Internet, and Twitter offered some hilarious memes in response.

Team USA looks like they are about to take in a welding project with those gloves #OpeningCeremony #USA #Olympics #PyeongChang pic.twitter.com/PRytBZSLQU

me at the US Olympic team’s gloves: pic.twitter.com/RudkuBQ5CN

WHAT ARE THOSE GLOVES? IS THE US TEAM GOING TO TAKE PART IN FALCONRY AFTER THE CEREMONY? #OpeningCeremony

Those gloves are so embarrassing. I promise guys, that's not how we dress in the US. #OpeningCeremony

The US was looking good until we got to those damn gloves! Ralph wtf! #OpeningCeremony pic.twitter.com/jtMehXqlZp

Why did the US Olympic team steal all the gloves my dad use to wear to bag up leaves and sew fringe onto them? #Olympics

Team USA at the opening ceremony looking like pic.twitter.com/c37HzF0L0R

The US athletes are wearing Hamburger Helper gloves #OpeningCeremony

The best part? Those Ralph Lauren-designed gloves can be yours for the low, low price of just $995 … once they get back in stock.

Man, that is definitely one piece of apparel that we are probably going to have to give the Carlos Beltran treatment.