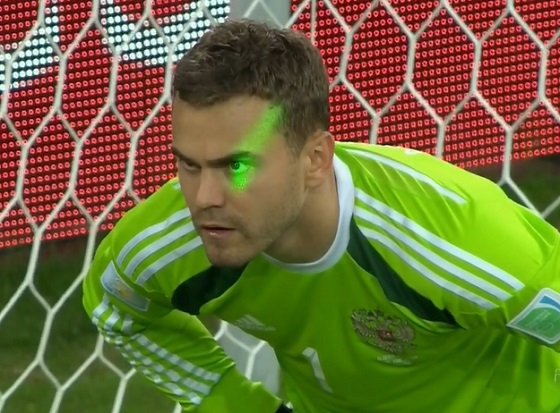 It looks like we can credit some laser-pointing Algerian fans with the assist on the country’s first goal of their Group H World Cup game against Russian on Thursday.

Russian goalie Igor Akinfeev was at a disadvantage just before Algeria scored the equalizer to tie the game at 1 in the 60th minute. He had a green laser pointed at him that was waved around his body, including his eye, just before Islam Slimani punched in a header to score the goal.

You could see Akinfeev yell out “hey!” while the laser was being pointed at him. He even reached out to try to signal to the referees to do something about it: For all we know, it was just a FIFA official who was bribed by Algeria pointing the laser at Akinfeev. That’s always a good strategy.