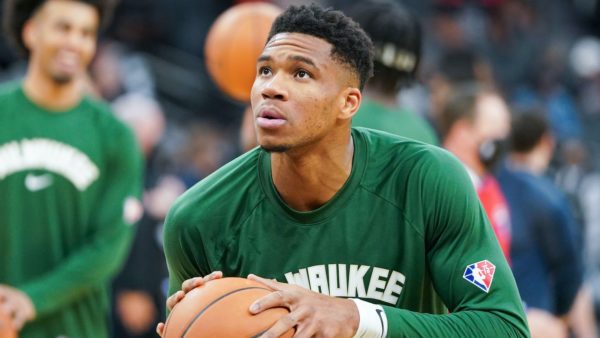 Giannis Antetokounmpo turned 28 on Tuesday, and hopefully he got to celebrate exactly as he wanted.

Antetokounmpo had 34 points and 13 rebounds in his Milwaukee Bucks’ 109-102 win over the Orlando Magic on Monday. After the game, the two-time NBA MVP was asked about his plans for his 28th birthday. He gave quite an answer.

Giannis on his birthday plans tomorrow. He’d like a watch and … well, just watch this. pic.twitter.com/PZvKaUl4YI

To that point, Antetokounmpo gave a fine answer. But then it got better.

“Once I put my kids to bed, you never know what could happen. It might get a little bit freaky. It’s my birthday!” he said.

Hopefully Antetokounmpo got exactly what he wanted for his birthday. Maybe next time his birthday will fall on a day where he doesn’t have to play the next day so he can at least go out to dinner before the late-night show.

Also, think about how disciplined he is. So many players go out at night and hit the clubs or go to dinner. Antetokounmpo won’t even go to a birthday dinner because it might throw off his game-day routine. That’s the kind of dedication that leads to championships.